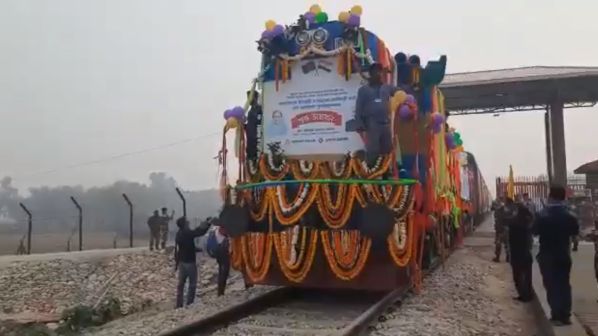 The link was restored through a collaboration between Indian Railways (IR) and Bangladesh Railways (BR), following the announcement of the project in 2017.

The line is intended to improve freight and passenger connections between Bengal and the Assam and West Bengal regions, and will aid the growth of trade and economic development in the region.

The link was closed following the 1965 conflict between India and Bangladesh (then East Pakistan). Before 1965, seven cross-border lines had previously been in operation between the two countries.

The reopened Haldibari - Chilahati line is the fifth cross-border line to be reinstated, following the:

Another rail link, between Agartala, India, and Akhaura, Bangladesh, is scheduled to open by the end of 2021. The Mahishashan - Shahbazar line is also planned to reopen.

IR handed over 10 WMD3D (Alco class) diesel locomotives to BR under its “grant assistance” plan on July 27. The locomotives cost an estimated Rs 600m ($US 8m) to manufacture.