India and Japan to cooperate on safety improvements

THE Indian Ministry of Railways and Japan’s International Cooperation Agency (Jica) have agreed to work together to improve safety on Indian Railways. 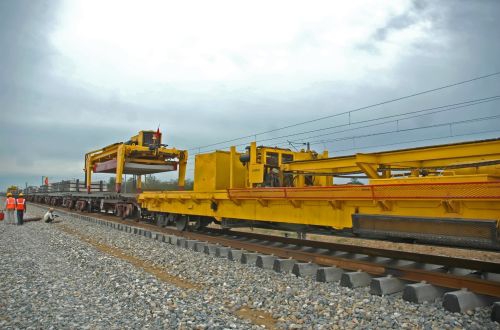 The agreement includes a focus on track management.

A Record of Discussion (ROD), which formalises an agreement reached through a Memorandum of Cooperation (MOC) signed on February 17 2017, was signed by Indian Railway Board principal executive director, Mr Shri S K Mishra, and Jica chief representative, Mr Katsuo Matsumoto on August 14.

Under the terms of the agreement, the two-year programme will focus on improving safety through track maintenance, including welding, rail inspection, and track circuit, together with rolling stock maintenance.

Northern Railway (NR) and Dedicated Freight Corridor Corporation of India Limited (DFCCIL) will both benefit from the programme, with the Japanese team working closely with DFCCIL and NR’s safety, civil engineering and rolling stock teams, while 60 technical personnel from India will receive first-hand training in Japan.

A statement from the Indian Government says DFCCIL, which is overseeing the construction of two dedicated freight corridors between Kolkata, Delhi, and Mumbai, has been included in the safety project so it can use the knowledge when it begins operation, which it is targeting in 2018 and 2019.