THE Indian government kicked off a programme of financial reforms for Indian Railways (IR) on August 1, when the cabinet approved proposals to establish an independent Rail Tariff Regulatory Authority (RTA). 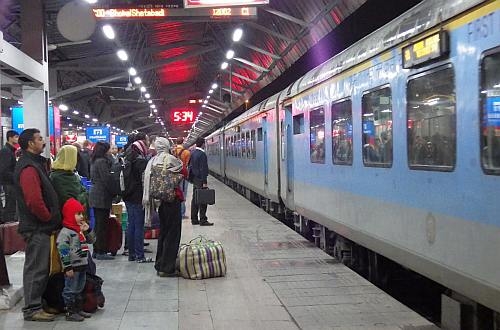 Over the last decade passenger fares have largely remained unchanged, with freight revenues being used to cross-subsidise fares. As a result, losses from passenger operations have mounted and are expected to reach Rs 250bn ($US 4.7bn) in the current financial year - a four-fold increase over the figure of Rs 61.6bn in 2004-05.

In contrast, IR revenues increased by an average of 10.6% per year during the same six-year period.

"The populism and short-sightedness of past railways ministers have destroyed rail finances," an official said. "There is no money to fund capacity building schemes."

Minister of state for railways Mr Adhir Ranjan Chowdhury conceded in a written answer in parliament recently that more than 300 capacity enhancement projects are still pending.

The five-member RTA – comprising a chairman and four other members – is expected to tackle the distortions between IR's freight and passenger activities by disconnecting the process of passenger fare increases from political decision making and bring it into line with the realities of the market. In the early stages of this process a Fuel Adjustment Component (FAC) is likely to be added to passenger fares. Passenger fares are likely to be adjusted at periodic intervals based on the FAC calculations.

Initially RTA will have limited powers, acting only as a recommendatory authority. This means that the final decision to raise passenger fares will remain in the hands of political leaders, at least in the short-term.

Nonetheless, the decision to establish the RTA is considered a major step forward in reforming the railway's finances. "The setting up of the RTA is itself a big step as politicians will find it extremely difficult to overrule its recommendations," an official explains.

Later this month, an executive order is expected to be issued which will enable the RTA to be established with immediate effect. At the same time, a legislation seeking to amend the Railways Act of 1989 will be introduced in parliament with the aim of providing legislative sanction to the RTA.

The RTA concept has been under discussion for several years and was formally proposed in January 2011. It was also mentioned in this year's railways budget, which was published in February.