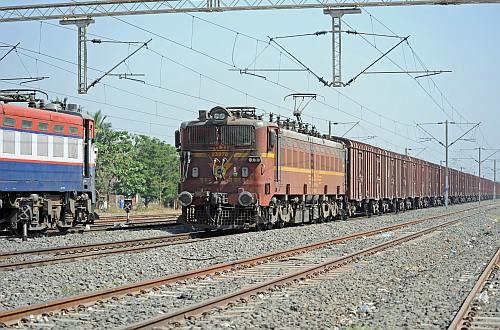 The government has recognised that internal revenue generation and government funding are insufficient to meet future needs. India's new railways minister Mr Sadananda Gowda announced during his maiden railway budget speech in the lower house of parliament on July 8 that a proposal to allow FDI in the rail sector has been put forward for approval by the cabinet.

The move to allow the use of FDI for infrastructure construction was mooted by outgoing railways minister Mr Mallikarjuna Kharge in his interim budget speech last March. Under the existing policy, approval by India's Foreign Investment Promotion Board (FIPB) is mandatory for foreign investors.

"The new policy proposes to do away with the FIPB precondition," the chairman of Indian Railways (IR), Mr Arunendra Kumar, explained later. "This will enable IR to directly take a call on FDI proposals."

IR has been staring at a financial crisis, with an operating ratio of 93.5% during last fiscal year and dwindling revenue surpluses which are down from Rs 117.5bn ($US 2bn) in 2007-08 to Rs 6.1bn in the current financial year. This has prevented IR from funding large projects such as the proposed diesel and electric locomotive factories at Madhepura and Marhoura in Bihar.

There is also a huge backlog of uncompleted projects. As Gowda pointed out, of the 674 projects worth Rs 1578.8 billion sanctioned in the last 30 years, only 317 have been completed. Completing the balance requires an investment of Rs 1820bn. Overall, projects worth Rs 5000bn are pending.

The highest ever outlay of Rs 633.6bn has been proposed in Gowda's budget, with a nominal sum of Rs 1bn earmarked to undertake preliminary work on constructing the 543km Mumbai - Ahmedabad high-speed line. The government and Indian Railways will fund Rs 467.5bn, which is Rs 93.8bn more than in the previous railway budget. The remainder will come from issuing bonds, and other sources.