THE presidents of Iran, Turkmenistan, and Kazakhstan attended a ceremony at Etrek on the Iran-Turkmenistan border on December 3 to mark the completion of the final 32km section of a 914km north-south railway linking the three countries east of the Caspian Sea. 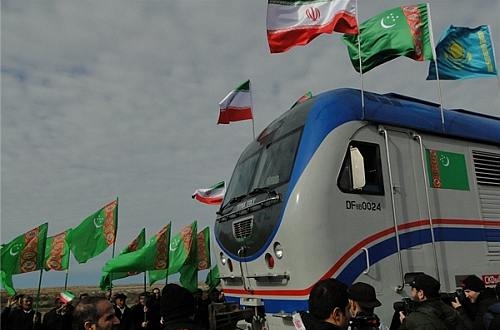 Completion of the Turkmen section of the route suffered a number of delays and the government terminated its contract with Pars Energy after it emerged the portion of the line being constructed by the Iranian contractor would not be completed by the December 2012 contractual deadline.