INDIA's Pink City Jaipur inaugurated its first metro line on June 2, when the 9.6km Phase 1A of the Pink Line from Mansarova to Chandpole was officially opened by Mrs Vasundhara Raje, chief minister of the state of Rajasthan. 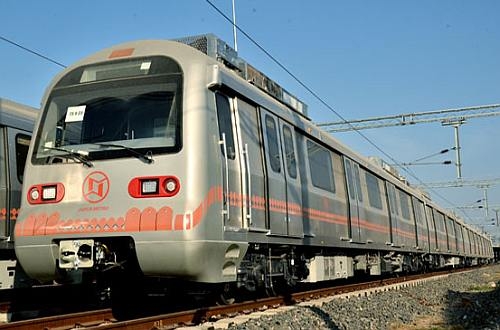 BEML's production facility in Bangalore has supplied a fleet of 10 four-car trains for Phase 1A.

Construction of the line began in February 2011 and the Rs 20.23bn ($US 316m) project was entirely funded by the Rajasthan state government.

Jaipur Metro Rail Corporation (JMRC) has licensed a single private company to operate feeder services from stations using a fleet of 80 taxis and 100 electric rickshaws with a fixed fare rate across the city. All stations on Phase 1A have car parks offering a total of 2500 spaces.

Continental Engineering, Taiwan, has been awarded a contract to construct Phase IB, a 2.4km underground extension from Chandpole to Badi Chaupad and this is due to be completed at the end of next year. A second 23.8km 20-station line from Amba Bari to Sitapura is also planned at a cost of Rs 103.9bn.