JR Central to expand N700S fleet through $US 900m investment

A further 19 of the railway’s latest Shinkansen high-speed train will enter service by 2026. 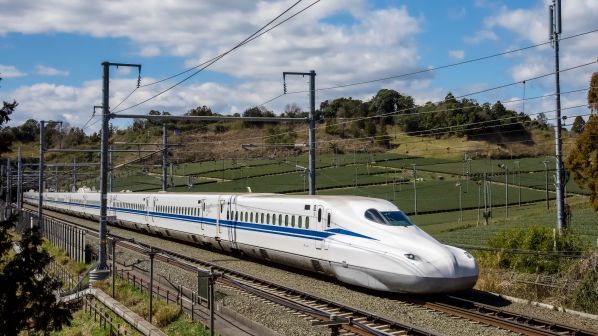 JR Central says the Yen 114bn ($US 897m) investment covers the cost of vehicle production and spare parts, with the trains developed by Fuji Electric, Hitachi, Mitsubishi Electric, and Toshiba Infrastructure Systems & Solutions. The first two 16-car trains from the new order will enter service in 2023, followed by seven trains in both 2024 and 2025, and the final three sets in 2026.

The first 285km/h N700S train entered service on the Tokaido Shinkansen on July 1 2020, and 40 of the trains are expected to be in service by the end of this year.

JR Central says the new trains will incorporate recycled aluminium from decommissioned Shinkansen trains for some components, reducing CO₂ emissions during manufacturing by 2%, or 50 tonnes per train. The trains will also offer enhanced comfort for passengers in wheelchairs by modifying the window positions in multi-purpose sections as well as relocating power points in these areas.

The N700S traction system is equipped with silicon carbide (SiC) components, helping to reduce power consumption by 7% compared with the N700A Shinkansen.

The trains are also equipped with batteries for self-propulsion at low speed in emergency situations, and full active vibration control systems, which should improve ride comfort for passengers. Onboard, all seats have access to a power point while cars 7 and 8 will have access to the “S Wi-Fi for Biz” platform.