CHINESE manufacturer CRRC has signed a contract with Knorr-Bremse for the supply of braking, exterior doors, and air-conditioning systems to equip metro trains for two new lines in Beijing. 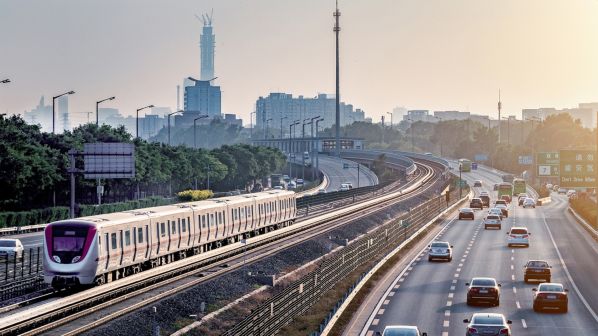 The contract includes the supply of braking and external door systems for 68 eight-car trains destined for Beijing Metro’s Line 17, and air-conditioning units for 10 eight-car trains for Line 19.

Knorr-Bremse says the contract is worth a “mid double-digit million euro sum.”

The systems will be delivered to the train’s manufacturers, CRRC Changchun Railway Vehicles and CRRC Qingdao Sifang. Knorr-Bremse says it will complete delivery of all braking systems by the end of 2023.

“Concluding our largest ever multi-system order in Chinese metro history is a tremendous success for Knorr-Bremse, and it enables us to further strengthen our foothold in the Chinese rail market,” says Dr Jürgen Wilder, head of Knorr-Bremse’s Rail Vehicle Systems division and executive board member.

Beijing Metro Line 17 is a 49.7km underground line currently scheduled to open in 2022, with a maximum speed of 100km/h. The line will run from Future Science Park North, Changping, via the city centre, to Yizhuang Zhanqianqu South, Tongzhou.

Line 19, which is due to enter service in 2021, is a 22.4km line which supports top speeds of 120km/h. The line will run from Mudanyuan, Haidian, to Xin'gong, Fengtai, and is designed to alleviate overcrowding on Line 4.

Both lines will be fully automated at Grade of Automation (GoA) 4 and are entirely underground.

Knorr-Bremse Suzhou has also been awarded a contract to modernise air-conditioning systems on a train operating on Shenyang’s metro Line 2.

In addition, Knorr-Bremse’s joint venture with Jinxjin Group, China, and Merak, Spain, known as Merak-Jinxin, has been awarded a licence to overhaul air-conditioning units installed on Chinese CRH5G A4 high-speed trains at its Changchun plant. Following certification, Merak-Jinxin was awarded an overhaul order for 25 eight-car sets.