KOREA's national train operator Korail opened a newly realigned section of the Gyeongjeon Line, which links the southern provinces of Gyeongsang and Jeolla provinces, on July 15. 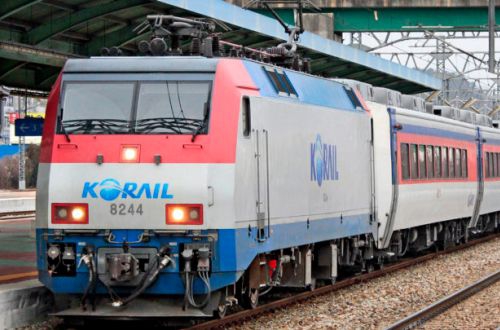 The new 51.5km Gwangyang - Jinju section took 10 years to construct and raises the maximum line speed on this section to 150 km/h, reducing journey times from 1h 13min to 42 minutes.

The number of stations has been reduced from 12 to five stations, with services stopping at Jinju, Wansa, Bukcheon, Hwangcehon, Hadong, Jinsang and Gwangyang.

The realignment also completes 158km of continuous double-track from Samnangjin to Suncheon, which has increased capacity from 36 to 157 services per day.

Train travel between Gyeongsang and Jeolla provinces has never been easy or fast, and for a long time nearly the entire route was a single-track, non-electrified line which wound its way around the countryside. Even with the new section, a journey across the southern tip of the country from Bujeon to Mokpo takes more than six-and-a-half hours, which makes rail an unattractive option for most travellers.Nevertheless, Korail has gradually realigned and upgraded the line in separate phases, with Samnangjin – Masan, Masan – Jinju, and Gwangyang – Dongsuncheon all upgraded in recent years.

Future sections to be upgraded include Boseong – Imseong-ri and Bujeon – Masan, both scheduled for completion in 2020. This should also coincide with the delivery of a new fleet of 30 HEMU-250 trains from Hyundai Rotem.