TESTING is underway on Korea's Suseo high-speed line, which links Gangnam in Seoul with the existing Gyeongbu high-speed line, although opening of the 61.1km line has been pushed back to the end of the year to allow structural reinforcement work at one of the stations. 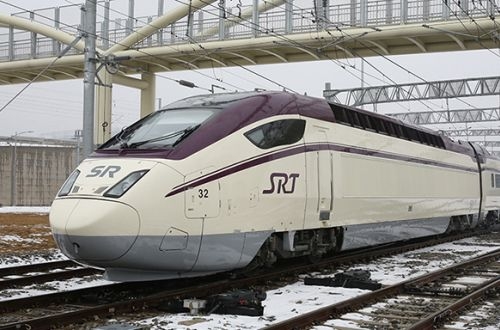 On April 25 the Ministry of Land, Infrastructure and Transport (Molit) announced that due to cracks found in the new station at Yongin, reinforcement would need to be carried out - a process which is expected to take 2-3 months. The line was originally scheduled to open in August this year, but services are now expected to begin operating in November or December.

Nevertheless, the project was 92% complete mid-April and catenary has been energised, with test trains operating between the new stations Dongtan and Jije. During the test phase trains will operate at a maximum of 310km/h.

Molit says it is not considering opening the Dongtan - Jije section early, even though this stretch will be ready for commercial operations before the remainder of the line.

As announced in February, the new services will be operated by Korail subsidiary Supreme Railways under the Super Rapid Train (SRT) brand.

The new line will reduce the journey time for passengers travelling to Seoul Suseo station by around 8 minutes compared with the current trip via Seoul's main station.

An estimated 43,528 passengers will pass through Suseo station each day, while numbers at Dongtan and Jije are forecast to be 11,707 and 12,738 respectively.