THE Korean Ministry of Land, Infrastructure and Transport has unveiled plans to reform Korail over the next four years, which will create new business units under a holding company structure. 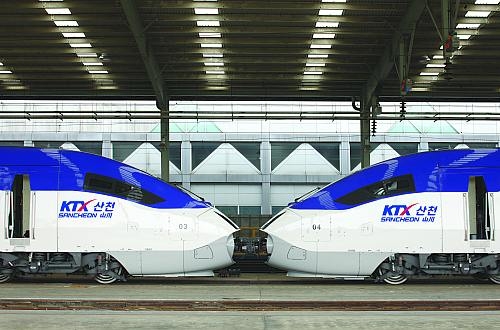 According to a report in the Korea Herald on June 14, Korail will establish a new subsidiary before the end of the year to operate new KTX services which will be launched in 2015 following the completion of the Honam and Suseo high-speed lines. This follows the recommendations of a review committee last month which suggested that competition could be introduced on the high-speed network if the operation of KTX services is split between two independent Korail subsidiaries.

A railfreight business unit will be established in 2015, and two separate train maintenance subsidiaries will also be created in 2015 and 2017.

The ministry expects the reforms to generate annual savings of up to Won 650bn ($US 550m). Korail accumulates an average deficit of around Won 550bn per year, and the company's debts totalled Won 13.5 trillion at the end of 2011.

The plans were due to be revealed at a public hearing in Seoul on June 14, but the event was blocked by union members who fear the proposals are being implemented as a prelude to privatisation.

The ministry has previously considered allocating the operation of new high-speed services to private companies, although media reports suggest these proposals were deeply unpopular with voters.