LUCKNOW celebrated the completion of the 22.9km Phase 1A of its metro network on March 8, when India’s prime minister, Mr Narendra Modi, flagged off the inaugural train on the 12.6km Charbagh - Munshipulia section of the Red Line via a live video link. 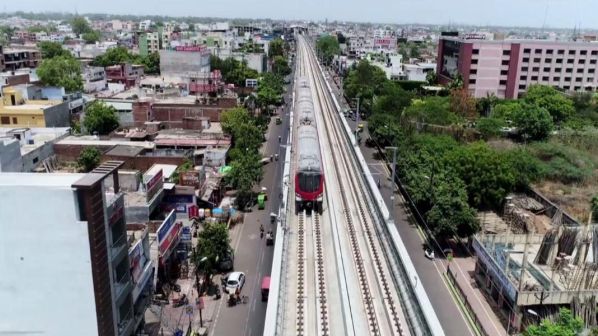 The 2.7km southern section of the Red Line from Transport Nagar to Amausi Airport was also inaugurated on March 8.

The initial 8.5km section of the Red Line from Transport Nagar to Charbagh opened in September 2017.

The line is fitted with Alstom’s Urbalis communications-based train control (CBTC) solution, which enables the operation of trains at 100-second headways. Alstom also supplied a fleet of 20 four-car Metropolis trains for Phase 1.

30% of train drivers and 40% of station controllers on the line are female.

the project was financed with the aid of a Rs 33bn loan from the European Investment Bank (EIB).