WORK is set to resume on Malaysia’s East Coast Rail Link (ECRL) following the signing of an agreement with China to reduce the cost of the project by a third. 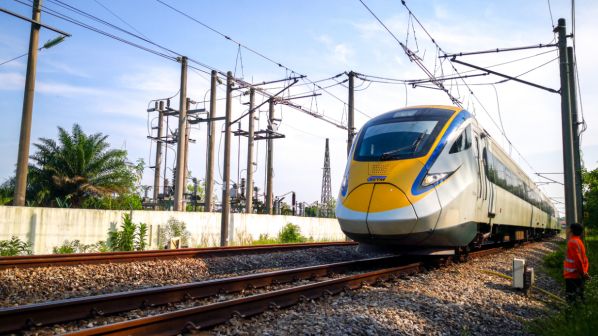 According to a statement issued by the Malaysian Prime Minister’s Office on April 12, the supplementary agreement between ECRL project authority Malaysia Rail Link (MRL) and China Communications Construction Company (CCCC) was reached after months of negotiations between the two governments and the companies involved.

The agreement covers several aspects of the engineering, procurement construction and commissioning (EPCC) contract and further details of the changes will be announced on April 15.

The overall cost of phases 1 and 2 has been reduced from Ringgits 65.5bn ($US 15.9bn) to Ringgits 44bn, which the government says “will surely benefit Malaysia and lighten the burden on the country’s financial position.”

Following his election last year, Malaysia’s prime minister Dr Mahathir Mohamad pledged to scrap both ECRL and the Kuala Lumpur - Singapore high-speed line on economic grounds. However, work was subsequently launched to identify possible cost savings on both projects. CCCC was instructed to suspend work on the ECRL in July 2018, less than a year after the official launch of construction.

On April 10 Malaysia High Speed Rail Corporation launched a tender for a consultant to review options for cost reductions on the Kuala Lumpur - Singapore project.