KUALA Lumpur's Mass Rapid Transit Corporation (MRT Corp) confirmed on October 22 that the Malaysian government has given final approval for the 52.2km Klang Valley MRT Line 2 enabling construction to begin on the line from Sungai Buloh to Serdang and Putrajaya. 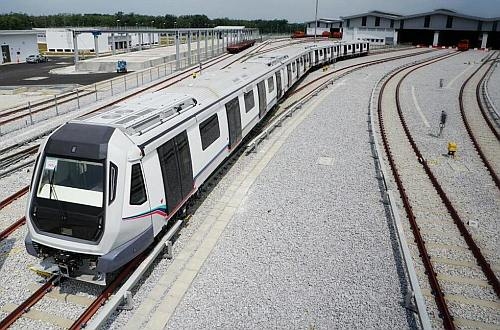 The project has been given the go-ahead after a three-month public consultation, which concluded in August. According to MRT Corp, around 40,000 people visited 26 exhibition booths along the route and feedback on the proposed alignment was received from more than 10,500 respondents, 90% of whom expressed support for the project.

Following analysis of the feedback, approval has been granted without any major modifications to the alignment, although minor changes have been made at Kuchai Lama and Sungai Besi to minimise the impact of land acquisition. The government has also requested construction of an additional elevated station near Technology Park Malaysia between Sungai Besi and Serdang Raya North.

The 52.2km line will include a 13.5km underground section between Jalan Ipoh and Kuchai Lama and 38.7km of viaduct. There will be 37 stations, 25 of which will be elevated with 11 underground stations and one built into a cutting.

In July MRT appointed Arup as reference design consultant for the underground section of the line.