MALAYSIAN prime minister Mr Najib Razak attended a groundbreaking ceremony in his home region of Pahang on August 9 to officially launch construction of the East Coast Rail Link, hailing the Ringgits 55bn ($US 12.8bn) project as a “game changer” for eastern states not currently served by the country’s national rail network. 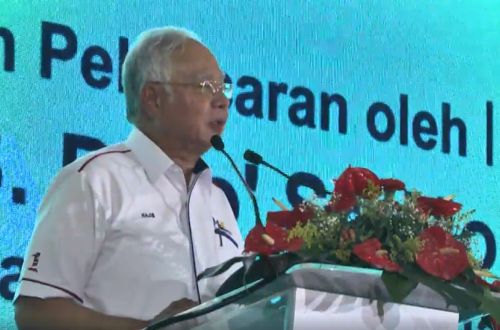 The 538.5km electrified line will link the capital Kuala Lumpur and the Klang Valley conurbation with the less-developed region of Pahang, Terengganu and Kelantan. Najib says the project will boost GDP growth in these regions by 1-1.5%.

The project is being financed by China as part of the Belt and Road initiative.

“The construction of this rail link is in line with the government’s initiative for efficient national infrastructure as well as connecting towns and upgrading public transport in the rural areas of the east coast,” he says.

The 23-station mixed-traffic line will start north of Kuala Lumpur at Gombak Integrated Transport Terminal, an interchange with the Klang Valley LRT network and the capital’s main long-distance bus terminal. From the Klang Valley the line will run east through Pahang, serving Bentong, Mentakab, Maran and Gambang, before reaching the east coast at Kuantan. Here the line will turn north and enter Terengganu, serving Chukai, Kemasik, Kuala Terengganu and Kampung Raja. The line will then continue north through Kelantan, serving stations at Tok Bali, Jelawat and Kota Bharu before terminating at Wakaf Bharu on the Malayan Railways Corporation (KTMB) line from Gemas.

Key engineering features include an 18km tunnel between Gombak and Bentong.

In addition to the main line, the project includes the construction of 66.5km of branch lines and connections to the existing network.

For detailed data on hundreds of rail projects in Asia, subscribe to IRJ Pro.