THE CEO of Malaysia's Land Transport Authority (Spad) Mr Mohd Azharuddin Mat Sah says the authority is currently engaged in a request for information (RFI) process for contracts to build a new East Coast Railway that will connect major towns and cities in the east of the peninsula. 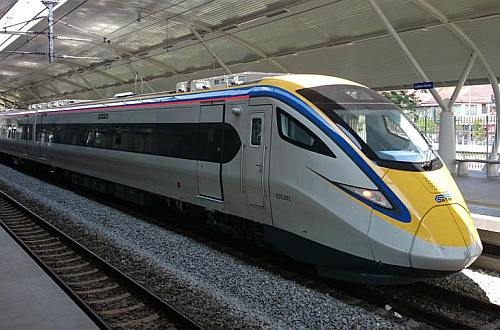 Speaking to IRJ in Kuala Lumpur, Azharuddin said the 600km standard-gauge line will connect Kuala Lumpur with Bentong in Pahang province and run through Terengganu province to Tumpat in the north east province of Kelantan, on the border with Thailand. Trains will operate at up to 200km/h.

"At the moment all of the rail links are on the western side of the peninsula, we do have a rail link to the eastern side but it covers what I would say are rural areas. The new line will serve major towns in this area of the country," Azharuddin says. "A new railway is critical to develop the states in this area and bring them up to par with the western states."

Azharuddin says that in addition to boosting passenger connectivity, the new line is a major element of a strategy to increase freight traffic on the Malaysian rail network as it will serve established industrial areas. He added that the development process for the project will take seven to eight years to complete but at this stage there is no agreed completion date for the line. "We have to complete this RFI exercise and then we need to present it to the economic council," Azharuddin says. "We need to do the economic part of it to work out the benefits, and how to finance it. We are looking at models of support from the private sector but we think the case is strong."

A project which is a little further ahead is the proposed high-speed line from Kuala Lumpur to Singapore.

Azharuddin says he expects a MoU with Singapore's Land Transport Authority (LTA) for the project to be signed "in the next few months" and a tender for construction to be issued in 2017.
Prospective bidders from China, Japan, and Korea have all openly stated their intention to bid for the contract, with Japan and Korea setting up exhibitions at shopping malls in Kuala Lumpur to highlight their high-speed rail expertise. For example the Korean exhibit features a simulator of a HEMU 430X high-speed train which staff say will form part of the bid for the project. China held a similar exhibition in 2015.

Azharuddin says Spad is considering private sector participation in the high-speed project, including in the operation of the route. However, he said that no decision has been made yet on the structure of the project, except that it will be an open tender.

"From Malaysia's point of view we need to get the best value for money and safe system running high-speed rail," Azharuddin says. "We will go to an open tender process which enables all parties, the Chinese, Japanese, Koreans and Europeans to come and bid. We are waiting for the best deal to come to our table and we will look at it together with Singapore."