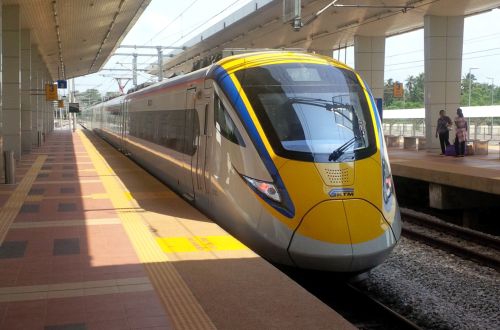 Spad granted conditional approval for the railway on March 2 and the commission will now hold public inspection sessions at 38 locations along the proposed route.

In addition to the 538.5km main line, the project includes the construction of 66.5km of branch lines and connections to the existing network.

The 23-station mixed-traffic line will start north of Kuala Lumpur at Gombak Integrated Transport Terminal, an interchange with the Klang Valley LRT network and the capital’s main long-distance bus terminal. From the Klang Valley the line will run east through the region of Pahang, serving Bentong, Mentakab, Maran and Gambang, before reaching the east coast at Kuantan. Here the line will turn north before entering the region of Terengganu, where it will serve the Chukai, Kemasik, Kuala Terengganu and Kampung Raja. The line will continue north into Kelantan, serving stations at Tok Bali, Jelawat and Kota Bharu, terminating at Wakaf Bharu on the Malayan Railways Corporation (KTMB) line from Gemas.

Key engineering features include an 18km tunnel between Gombak and Bentong.

The electrified line will reduce the journey time between Gombak and Wakaf Bharu to less than four hours. Passenger services will be operated by a fleet of 11 eight-car EMUs, each accommodating up to 600 passengers.

The final alignment is due to be approved in June and construction will begin in July. Commercial operations are scheduled to start in July 2024.

For detailed data on main line rail projects around the world, subscribe to IRJ Pro.