MTR Corporation has awarded two contracts to supply rolling stock and signalling systems for the Shatin – Central Link (SCL), which will establish a new north – south corridor across Hong Kong. 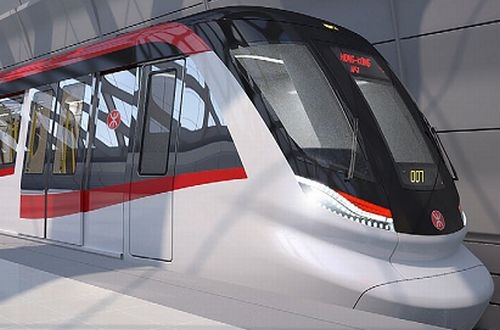 Preliminary works are now underway on the $HK 6.9bn ($US 890m) project, which comprises two sections of new railway: an 11km six-station line between Tai Wai and Hung Hom in Kowloon, due to be completed in 2018, and a 6km, four-station cross-harbour link between Hung Hom and Admiralty on Hong Kong Island, which will open in 2020.

Hyundai-Rotem will design, supply, test, and commission a fleet of 37 nine-car trains in a deal worth $HK 4bn. The trains will be delivered between 2015 and 2020 and will feature LED interior lighting and LCD passenger information displays.

MTR has also awarded Siemens a $HK 850m contract to upgrade signalling on the East Rail line. Train lengths on this line will be reduced from 12 cars to nine because of geographical constraints on Hong Kong Island, so in order to provide adequate capacity, the peak service will be stepped up from 20 trains per hour to around 27 trains per hour. MTR says this will offer the equivalent of 243 cars per hour, similar to the current capacity of the line. In addition, power supplies will be upgraded and platform screen doors will be installed.