Mumbai invites bids for metro lines 2B and 4 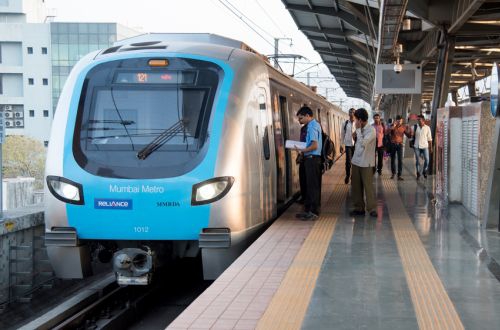 MMRDA is executing both projects with both lines set to interchange at SG Barve Marg and Eastern Express Highway in Chembur.

MMRDA requires that work on all of the packages is completed in 26 months, apart from one, CA-13 which comprises construction of a viaduct over the existing lines at Kurla and Lokmanya Tilak Terminus, with the winning contractor set to have 30 months to complete this work.

Tender documents were made available today and bidding will close on March 10. Bids are set to be opened on March 14 and construction is expected to begin in September following the monsoon season at which point Mumbai will have 124.42km of metro lines under construction.

Meanwhile in Delhi, the deputy chief minister announced on Friday via Twitter that the cabinet has approved construction of Delhi metro phase 4, which comprises six lines and 72 stations. However, there is not yet official confirmation of the announcement on the government’s website, or how the work is set to be funded.

For more information on Indian metro rail projects and others around the world, subscribe to IRJ Pro.