THE governments of Myanmar and China signed a memorandum of understanding (MoU) on January 10 to carry out a feasibility study into the construction of a 650km line between Myanmar’s Indian Ocean port of Kyaukpyu, and its second city, Mandalay. 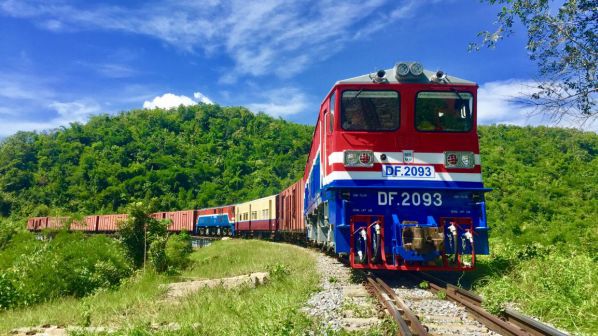 The agreement follows an application by the China Railway Eryuan Engineering Group (CREEG) to carry out a feasibility study for the line in June 2020.

The line will connect with the planned 430km Mandalay - Muse section to form part of the planned China - Muse - Mandalay - Kyaukphyu line. The railway will follow the route of the Burma Road pipelines, which transport oil and gas from Kyaukpyu to China’s Yunnan province. The pipelines currently reduce the distance for fuel transported from the Gulf region by around 3000km, bypassing the congested Strait of Malacca. A new rail link would expand this benefit to other forms of freight and encourage greater traffic through Kyaukpu.

Feasibility studies for the Mandalay - Muse section have been completed by CREEG. The report was presented to Chinese premier Mr Xi Jinping during his first visit to Myanmar in January 2020.

During the same visit, the Chinese government also agreed to a range of infrastructure investments in the country as part of the Belt and Road Initiative (BRI), including an agreement to fund 70% of a $US 1.3bn upgrade to Kyaukphyu Deep Seaport. Chinese state-owned investment company Citic currently owns a majority stake in the port.