NANJING opened its second tram line on October 31, when trial passenger operation began on the 9.1km Qilin Line in the east of the city. 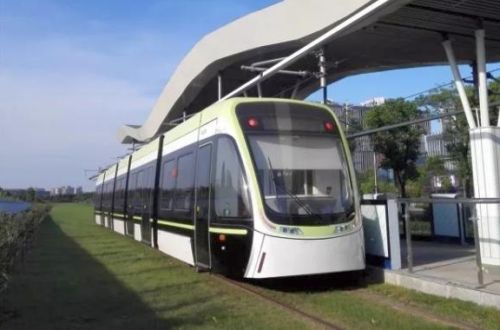 The 13-station line runs south from Maqun station on metro Line 2 to Wang Wu Zhuang on the south bank of the Yunliang River.

Services are operated by a fleet of 32.5m-long low-floor LRVs supplied by CRRC Nanjing Puzhen, which are equipped with batteries for catenary-free operation.

Nanjing’s first tram line, the 7.7km Hexi Tram from Olympic Stadium to Qinxin Road, began operating on August 1 2014 and a third line serving Jiangxin island is due to open in 2020.

For detailed data on hundreds of urban rail projects around the globe, subscribe to IRJ Pro.