THE first completed metro cars for the Jakarta MRT project arrived at the Japanese port of Toyohashi on March 1 in readiness for shippment to Indonesia. 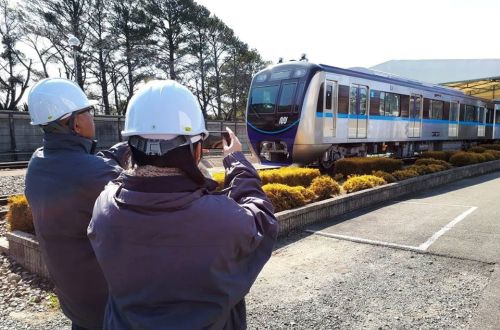 A second six-car train is due to leave the Nippon Sharyo plant at Toyokawa on March 7 and the ship carrying the first 12 vehicles will dock at Tanjung Priuk port in Jakarta on March 26. From here, the trains will be moved to MRT Jakarta’s Lebak Bulus depot.

MRT Jakarta signed a Yen 13bn ($US 120m) contract with Nippon Sharyo and Sumitomo Corporation in March 2015 for 16 metro trains, which will be used on the 15.7km north-south Line 1 from Bundaran Hi in central Jakarta to Lebak Bulus in the south of the city