MRT Jakarta has awarded Sumitomo Corporation and Nippon Sharyo a contract worth around Yen 13bn ($US 1bn) to supply 16 trains for Indonesia's first metro line. 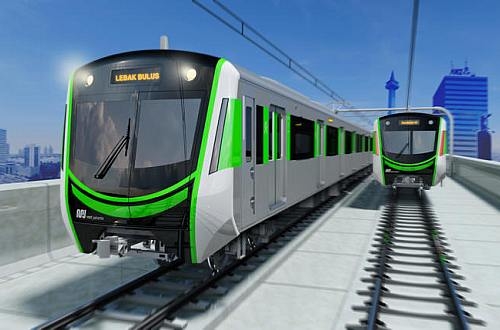 The trains will be built to Standard Urban Railway System for Asia (Strasya) standards, which have been developed by Japanese suppliers in partnership with the Japanese government, which seeks to extend the benefits of energy efficient and reliable Japanese metro vehicles to overseas operators.

Delivery of the six-car trains, which will accommodate up to 1950 passengers, is due to begin in 2017.

Construction started in October 2013 on the 15.7km north-south Line 1, which will connect Bundaran Hi in central Jakarta with Lebak Bulus in the south of the city. The line includes a 9.2km underground section with six stations and the remaining 6km will be elevated with seven stations. Line 1 is expected to accommodate around 173,000 passengers per day when it opens in the first quarter of 2018, with services initally operating at five-minute headways.