PAKISTAN’s Executive Committee of the National Economic Council (ECNEC), the country’s top economic body, has approved a $US 6.8bn project to upgrade 2655km of railway infrastructure on the Peshawar - Lahore - Karachi corridor and establish a dry port at Havelian. 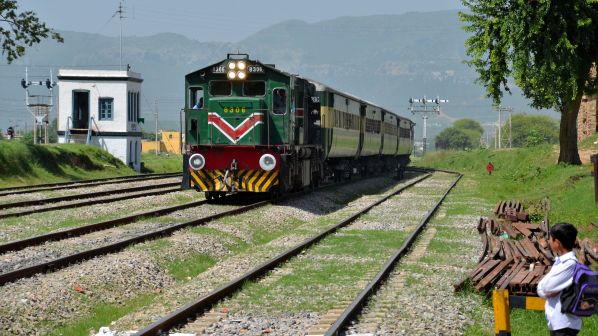 The Mainline-1 (ML-1) project involves upgrading and track-doubling the corridor, helping to increase line speeds to 165km/h for passenger trains and 120km/h for freight compared with a maximum of 110km/h at present. Line capacity will also increase from 34 to 171 trains in each direction per day, the Pakistani government confirmed in a statement.

The project was approved by Pakistan’s Central Development Working Party on June 16 for a projected cost of $US 7.2bn and forwarded to ECNEC for final approval. The final cost was reduced to $US 6.8bn by scaling back the project to Peshawar instead of Torkham as initially proposed.

The project will be divided into three packages. Work on the first package is due to commence in January 2021 and will conclude in December 2024 and is expected to cost $US 2.4bn. It involves updating the section between Peshawar, Rawalpindi and Lahore. The second package, which will run between January 2022 and December 2026 and cost $US 2.7bn, involves upgrading the Lahore - Hyderabad section. The third package focuses on upgrades between Hyderabad and Karachi and is expected to cost $US 1.7bn.

Funding for the project will be split between Pakistan and China, with Beijing expected to finance 90% of the cost of the project. Separate financial agreements will be reached for each stage, the government says, with the Hyderabad - Karachi section expected to be delivered as a public-private partnership.

Pakistan’s Ministry of Railways will form a steering committee which will oversee effective supervision and implementation of the project with the government already announcing the formation of Mainline-1 Authority to oversee the project.

In addition, Pakistan’s prime minister, Mr Imran Khan, has approved a restructuring of Pakistan Railways under which a new holding company will act as an umbrella organisation overseeing separate passenger, freight and infrastructure companies.

The ML-1 project is a major component of the China Pakistan Economic Corridor (CPEC), part of China’s Belt and Road initiative. A framework agreement for the corridor was signed in April 2015 during a visit to Pakistan by China’s president Mr Xi Jinping.

Approval of the project is expected to quash the notion that Khan is seeking to roll back some of the country’s major infrastructure projects, which he questioned while in opposition. The scale of the ML-1 project is almost unprecedented in Pakistan with the estimated $US 6.8bn cost equivalent to 86% of the country’s total development budget for fiscal 2021-22.