PAKISTAN Railways (PR) announced on February 28 that it is seeking Rs 47bn ($US 445m) through the country's Public Sector Development Programme (PSDP) for the 2014-15 financial year, with the aim of improving the performance of infrastructure and addressing the railway's chronic locomotive shortage. 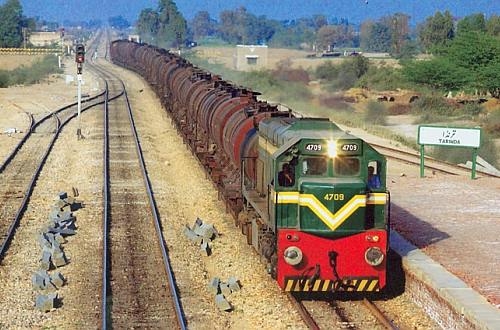 PR plans to focus its resources the acquisition of new locomotives and rehabilitating its existing fleet, and is also looking to upgrade main lines, including Rawalpindi – Lahore, for 120km/h operation.

PR had sought Rs 35bn through PSDP for the financial year, but it was allocated Rs 31bn and to date has received just Rs 11.44bn.

PR says it currently has a fleet 409 diesel locomotives, 200 of which are operational, up from just 183 in June 2013. However, many of the locomotives currently in service are operating with at least one isolated traction motor due to a shortage of spares.

PR says the lack of funding has prevented it from ordering the components needed to return more locomotives to service and properly maintain those units currently in use.

At present just 55 locomotives are available for freight operations, although PR expects between 80 and 100 units to be available by the end of the 2014-15 financial year.