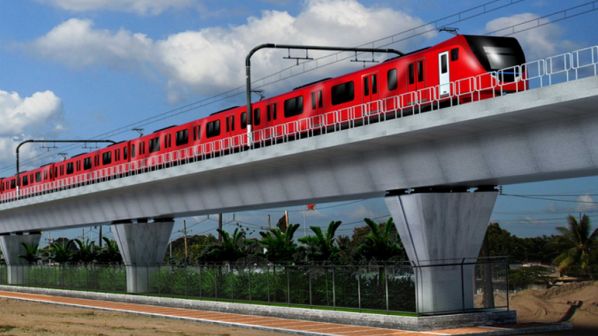 The contracts, designated packages 2 and 3, cover a total of 28km of viaduct and six stations in the northern province of Pampanga, and have a combined value of Peso 56.47bn ($US 1.17bn).

Package 2, worth Peso 33.7bn, was awarded to a joint venture of Acciona Construction Philippines and Daelim Industrial, and covers the construction of 16km of viaduct and stations in Minalin, Santo Tomas and San Fernando.

Package 3, worth Peso 22.77bn, was awarded to Italian-Thai Development, and covers the construction of 12km of viaduct and stations in San Fernando, Angeles and Mabalacat.

The contracts are the last two of five packages for the section. Package 1 was awarded to a Hyundai-led consortium on September 18, and Packages 4 and 5 were awarded on August 1. Package 4 was awarded to a partnership of EEI and Acciona, and 5 to Posco, Korea.

Construction on the Malolos - Clark line is scheduled to begin in November, with the section currently expected to begin partial operation in 2022. When completed, the new railway will connect Malolos, Bulacan, to Clark International Airport in Mabalacat, offering end-to-end journey times of 30-35 minutes, compared with journey of 1h 30min.

The section is part of the larger 148km NSCR project, which is expected to cost around Peso 777.55bn, and is co-financed by the Asian Development Bank (ADB) and the Japanese International Cooperation Agency (Jica).