PHILIPPINE National Railways’ (PNR) new hybrid-electric train (HET) developed by engineers from the Department of Science and Technology (Dost) could begin operations by April, if testing is completed in time. 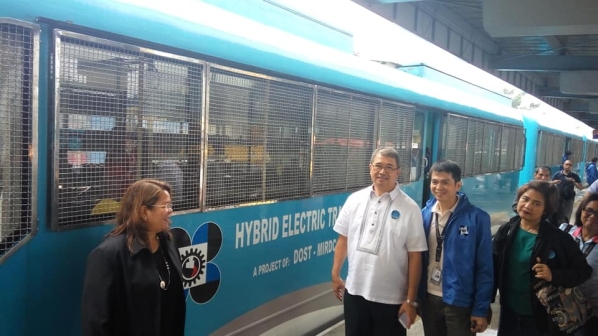 Dost secretary, Mr Fortunato dela Peña, told the Philippine News Agency on February 21 that the five-car HET required further testing, with the training of training of PNR drivers and maintenance personnel due to begin on the first week of March.

HET requires 150 hours of validation testing, Peña said, which will take 25 days or one month of sixs-hour passenger operation to complete.

While Dost has only built one HET so far, Peña says transportation secretary Mr Arthur Tugade has expressed interest in developing more of the battery-diesel-electric multiple units.

First launched in 2016, the HET has a maximum speed of 80km/h with capacity for 220 passengers.

In July 2018, the Dost led a demonstration run of HET between Dela Rosa station and Edsa station as part of the national science and technology week.