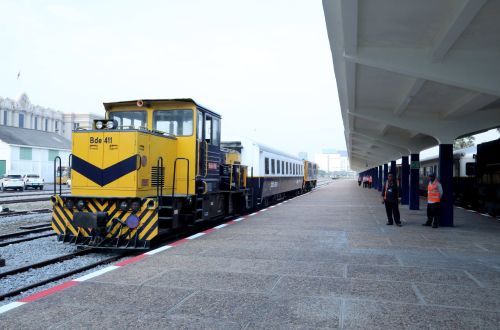 The project involved constructing a 1.6km branch off the Phnom Penh - Sihanoukville line to serve a station outside the airport terminal.

Initially locomotive-hauled trains are being used, although the Ministry of Public Works and Transport says three diesel railcars have been ordered from a supplier in Mexico and these will be delivered “shortly.”

To celebrate Khmer New Year, travel on the new service will be free-of-charge until the end of July.

The inauguration of the airport link comes less than a week after the reopening of the 48km section of the Northern Line between Sisophon and Poipet on the border with Thailand.