JR EAST and its subsidiary Tokyo Monorail have announced two projects to improve rail and monorail connections to Tokyo Haneda Airport as part of the Japanese government's policy to boost the number of tourists visiting Japan. 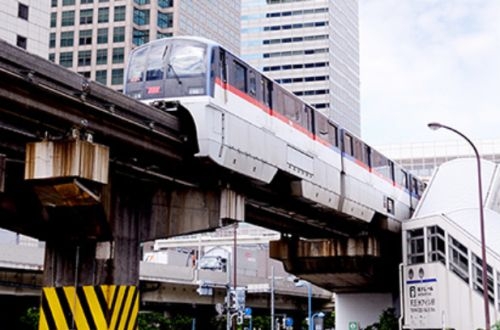 Haneda Airport handles around 60 million passengers a year and traffic has grown since it resumed international flights following the opening of a fourth runway and international terminal in 2010. The airport is currently served by conventional rail services operated by Keikyu Corporation and the Tokyo Monorail.

JR East wants to link Haneda Airport with the Shinjuku, central Tokyo and Shin-Kiba areas of the Japanese capital by constructing underground lines and upgrading freight lines for passenger operation.

According Japan Real Time, Tokyo Monorail is proposing a 3km extension from its existing terminal at Hamamatsucho north to Tokyo Station at an estimated cost of Yen 110bn ($US 1.1bn). This would reduce the journey from the airport to the city centre from 24 minutes to 18 minutes as passengers would no longer have to change trains at Hamamatsucho.