SMRT, Singapore, and Malaysian public transport operator Prasarana have signed a joint venture agreement to form RTS Operations, which will operate the cross-border Johor Bahru - Singapore light metro system when it opens at the end of 2026. 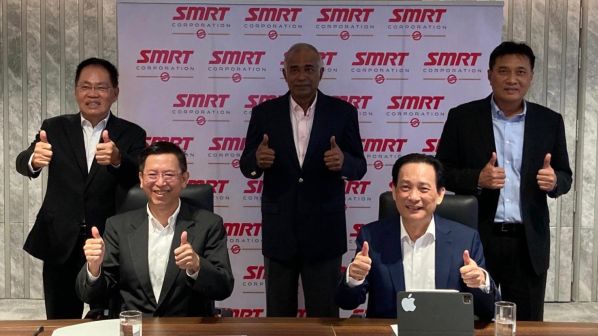 RTS Operations, a Singapore incorporated company, will design, build, and finance the RTS link’s operating assets including trains, track and systems. The company will also operate and maintain the 4km line, which will run for 1.3km in Singapore from Woodlands North and the Thomson East Coast Line and 2.7km in Malaysia to Bukit Chagar, Johor Bahru. The service will have capacity to transport 10,000 passengers per hour per direction.

Construction on the line - phase one of the project - is expected to commence in early 2021 and continue until the end of 2024. Phase 2 encompasses installation of railway systems and testing and will start in early 2025 running until 2026.

The project is estimated to cost Ringgits 3.7bn ($US 880m), up from the previous estimate of Ringgits 3.16bn, with Malaysia set to take on the additional Ringgits 500m of locating the depot in Johor Bahru with a location yet to be determined.

An MoU to form the joint venture was signed by the two parties as long ago as September 2017. The cross-border link was initially proposed in 2010 and was scheduled to open in 2024 but work was suspended until July 31 when the joint venture agreement was signed.