DELHI celebrated the launch of public services on the first section of the third phase of the city's metro network on June 26, when India's minister for urban development Mr Venkaiah Naudu inaugurated the 3.2km extension of Line 6 from Central Secretariat to Mandi House. 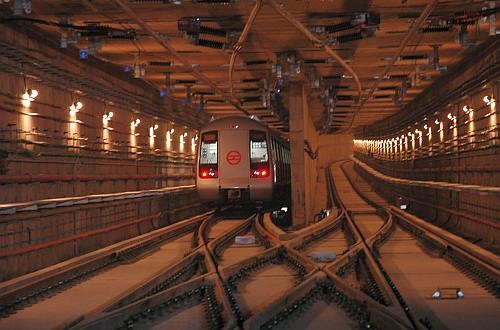 The extension, which includes one intermediate station at Janpath, has taken two-and-a-half years to complete and was originally due to open in October. Trial operation began last December.

Around 70,000 passengers per day are expected to use Mandi House station by 2016 and services will run at minimum headways of 3min 25sec.

The underground line is the first phase of the 9.4km seven-station northern extension of Line 6 to Kashmir Gate, which will relieve the congested interchange between Line 2 and Line 3 at Rajiv Chowk.

The third phase of construction will add 137km to the Delhi metro network by 2016.