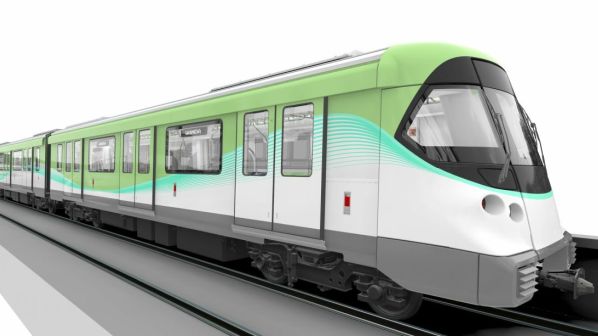 Alstom revealed the design for the line's trains in June.
Photo Credit: Alstom

TAIPEI City government has appointed Ricardo to provide independent verification and validation services for phase two of the Wanda - Zhonghe - Shulin driverless metro project, which is under construction in the Taiwanese capital.

Under the £2.3m contract, Ricardo will assess whether electrical and mechanical sub-systems including rolling stock, infrastructure, communications and power supply and their interfaces with civil and track works meet the client’s required standards for functionality, quality, and operational safety.

The 11km mostly elevated phase two is due to open in 2028 and will integrate with the 9.5km underground phase one, which is due to open in 2025. An Alstom-led consortium including Taiwanese firm CTCI won a €424m contract to equip phase 2 in July 2020. Alstom will supply 16 four-car automated metro trains, CBTC to support operation at GoA 4, Scada, and platform screen doors. The consortium also won a €378m contract to equip and maintain phase one under which Alstom will supply 19 four-car trains.

Ricardo says a primary focus of its work is on the systems interfaces, such as the compatibility of phase one rolling stock with phase two’s control systems and station environments.

“As the project progresses, our experts will undertake a wide range of audits and risk assessments to verify that all potential hazards are recognised and advise on measures to sufficiently mitigate any identified risks,” Ricardo says. “We will also monitor the manufacture of sub-systems to ensure the designs are properly validated, and assess their installation, testing and commissioning.”

Ricardo adds that experience in a similar role on the Blue Line in Bangkok contributed to it securing the contract.