RUSSIAN Railways (RZD) subsidiary RZD International has signed a contract with Iranian Islamic Republic Railways (RAI) to electrify the existing 495km railway between Garmsar, on the Tehran - Mashhand main line, and Incheboron on the border with Turkmenistan via Sari and Bandar Turkman, 203km of which runs through the Alborz Mountains. 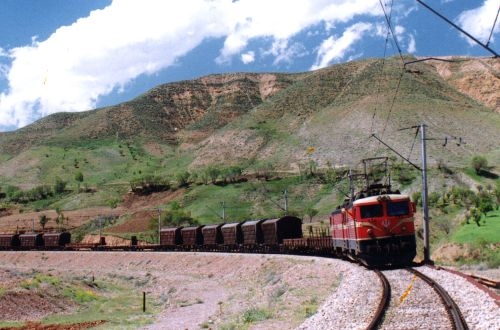 Under the contract, RZD International will develop, supply, equip and construct electrification on the line which serves 32 stations and operates through 95 tunnels. RZD says the project, which will take three years to complete, will significantly increase capacity on the line and maximum speeds on certain stretches. The contract is worth in excess of €1.2bn and is financed by a Russian Federation government credit allocation to the government of Iran.

The contract was signed during Russian president Mr Vladimir Putin's visit to Iran on November 23 by Mr Segei Pavlov, CEO of RZD International, and Mr Mohsen Pur Seyed Agayi, Iran's deputy minister of roads and city planning, chairman of the board and CEO of RAI.