RUSSIAN Railways (RZD) announced on December 13 that it has agreed a contract with Iranian Islamic Republic Railways (RAI) to electrify the 495km Garmsar - Inche Burun line in northern Iran. 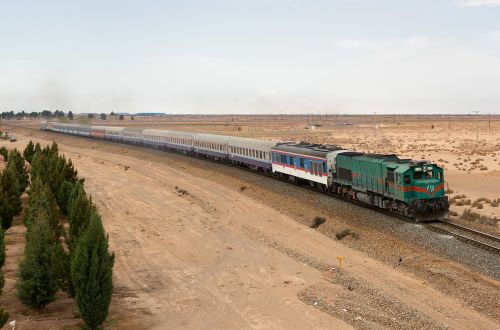 A supplement to the contractual agreement for the electrification project was signed by the general director of RZD International, Mr Sergei Pavlov, and the first vice-president of RAI Mr Ahmad Khodaei, in the presence of RZD president Mr Oleg Belozerov.

Russia will finance the project to ensure a swift start to the work.

The contract covers the design, materials, equipment and construction of the electrification project of the Garmsar - Inche Burun line and follows the signing of a preliminary agreement during a visit by Russian president Mr Vladimir Putin to Tehran in November 2015.

Belozerov also signed an agreement with head of RAI, Mr Saeed Mohammadzadeh, to enhance joint efforts in developing transit traffic on the north-south international transport corridor in the form of regular meetings of working groups.