Singapore and Malaysia sign accord on cross-border metro line

A bilateral agreement setting the terms for the development of a cross-border urban rail link between Singapore and Johor Bahru, Malaysia, was signed by the transport ministers of the two countries on January 16 in the presence of Malaysian prime minister Mr Najib Razak and his Singaporean counterpart Mr Lee Hsien Loong. 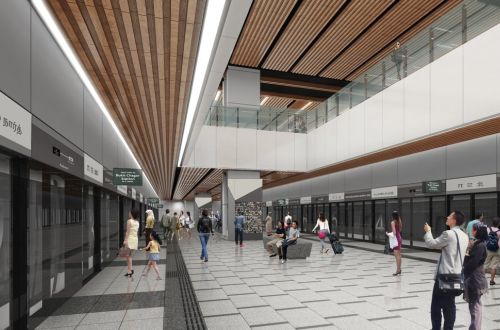 The agreement encompasses technical, safety and security requirements and commercial, financing and regulatory structures, as well as customs, immigration and quarantine arrangements.

In a similar arrangement to the Singapore - Kuala Lumpur high-speed line, each country will appoint an Infrastructure Company (InfraCo) to fund, build, own and maintain civil infrastructure and stations within their respective territories. The LTA will act as InfraCo on the Singaporean side, with Prasarana assuming this role on the Malaysian section of the line.

The two governments will jointly appoint an operations company (OpCo) to own, design, build, finance, operate and maintain operating assets including track, signalling and rolling stock for a period of 30 years. The OpCo - a joint venture between Malaysian and Singaporean companies - will pay a concession fee to the two governments in return for the right to collect fares revenue from the operation of the line. Fares will be set commercially by the OpCo and will not be regulated by the two governments.

The OpCo concession agreement is due to be signed by the end of September.

The RTS Link will cross the Strait of Johor on a 25m-high bridge between Woodlands North station in Singapore and Bukit Chagar station in Johor Bahru. The line is due to open in December 2024 and will have capacity to carry 10,000 passengers per hour per direction.

LTA says the RTS Link will adopt standards for rolling stock, signalling communications and integrated control from Singapore’s Thomson East Coast Line (TEL), which will interchange with the RTS Link at Woodlands North. Heavy maintenance will be outsourced to TEL operator SMRT Trains, and carried out at the line’s Mandai depot, although a light maintenance depot will be constructed at Bukit Chagar.

• Track hundreds of urban rail projects in Asia as they develop with IRJ Pro.