The contract covers the construction of the Jurong East Integrated Transport Hub. 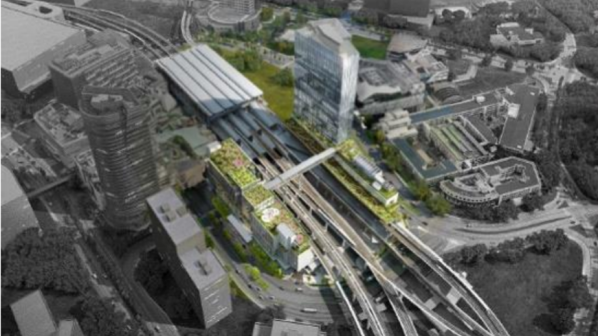 The ITH is expected to open as part of Jurong Region Line Phase 2 in 2027.
Photo Credit: Land Transport Authority

The ITH will offer convenient transfers between the existing North-South and East-West metro lines and the future Jurong Region Line. In addition to the station, the ITH will include a bus exchange, a 27-storey tower block, a sky bridge and retail space, as well as community and civic institutions.

Construction will start in the second quarter of this year, for completion in 2027.

The Jurong East ITH is part of Phase 2 of the 24km Jurong Region Line (JRL), Singapore’s seventh metro line which is currently under construction.

Originally announced as part of the government’s 2013 Land Transport Master Plan, the full 24-station line is slated for completion in 2028, and will include three interchanges at Jurong East, Choa Chu Kang and Boon Lay stations. The JRL is planned for completion in three phases: