SINGAPORE Land Transport Authority (LTA) announced on November 4 that it will launch a limited tender in the first quarter of next year for a contract to operate the Thomson East Coast Line (TEL), and - uniquely for a Singaporean rail project - the government will bear revenue risk on operations. 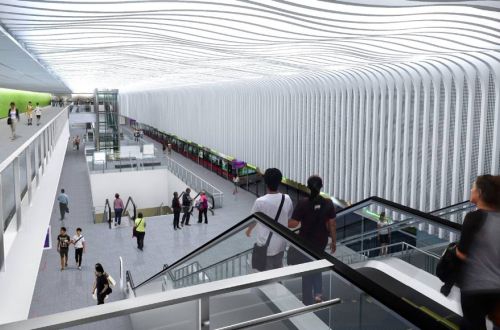 LTA says ridership projection and fare revenues in the initial years of operation carry a considerable degree of uncertainty because the line will open in five phases; feasibility studies for an extension to the future Changi Airport Terminal 5 have not yet been completed; and the interdependency between the TEL and other new rail projects, which are being developed in tandem.

The New Rail Financing Framework (NRFF) enables bidders for operating contracts to share fare revenue and cost risk with the government, but LTA says this could result in bids which are unfavourable to the government as bidders may factor in a significant risk premium.

The government therefore plans to bear fare revenue risk for the initial period of TEL operations, with LTA paying the operator a service fee to run the line.

The operating contract will have a duration of nine years, with an option for a two year extension. By this time, LTA expects ridership to stabilise and the tendering of subsequent operating contracts for the TEL will be carried out under the terms of the NRFF.

LTA says that due to the complexities of operating the TEL, only Singpaore’s two existing rail operators - SMRT Trains and SBS Transit - will be invited to bid.

As part of the tender a new performance-related system of incentives and penalties will be introduced. This will be based performance in customer satisfaction, reliability, and maintenance processes. If successful, LTA says this could be extended to other lines.