The move comes after a merger between Korail and SR was shelved. 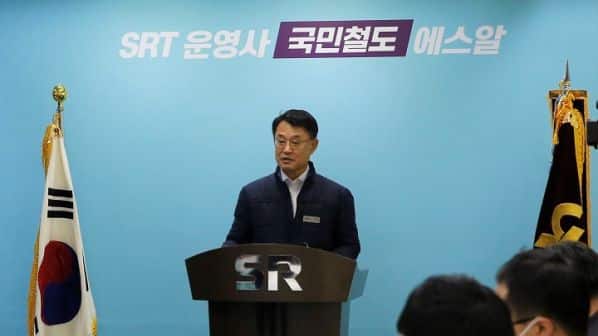 The announcement, made by SR’s new CEO, Mr Lee Jong-guk, on January 5, comes two weeks after Korea’s Ministry of Land, Infrastructure and Transport (Molit) announced that a merger between Korail and SR had been shelved for the time being, pending completion of a full cost:benefit analysis of the proposed merger.

Lee revealed that SR, the first open-access operator in Korea and the only competitor to Korail’s KTX services, had suffered Won 13bn ($US 10.4m) in losses following a traction power supply failure in a tunnel maintained by Korail on December 30 2022 and called for changes to the current structure of infrastructure maintenance.

The incident in Tongbok Tunnel in Pyeongtaek, which was undergoing repairs at the time, caused the overhead power supply to be cut off resulting in damage to 67 traction motors across 25 trains. According to SR, fleet repairs cost Won 9.1bn, while leasing emergency replacement rolling stock cost Won 2.5bn.

“The power failure was caused by the use of poor-quality materials and inadequate management during the construction process,” says Lee, who is demanding improvements to the current system. “Railway safety cannot be guaranteed with the current maintenance structure which separates construction and ongoing management of railways.”

Lee says SR would expand its independent maintenance of rolling stock and production of parts. The company would also re-evaluate all of its current contracts with Korail and any outsourcing as a subsidiary.

He also wants Korail to agree to a long-term lease of the replacement rolling stock that it provided to SR on a temporary basis.

SR will also begin developing its own reservation system, moving away from the current system which is operated by another Korail subsidiary.

The section of tunnel in question was built by Korea National Railway (KR), which is responsible for building railway infrastructure in Korea. KR said it was subsequently discovered that the concrete lining of the tunnel was not thick enough.

Korail said it had sent 11 requests to KR and GS Engineering & Construction since 2019 in accordance with the defect management agreement. When the repairs began, work was scheduled to take place outside operating hours in order to ensure worker safety.

SR has held a track access agreement with Korail since 2016, in accordance with government policy, due to the lack of SR infrastructure when it first launched its SRT high-speed services. Korail has provided station and rolling stock maintenance services on behalf of SR since then.