THE president of Taiwan Mrs Tsai Ing-wen pledged support on March 18 for the construction of a tram-train link between Taipei and the neighbouring port city of Keelung. 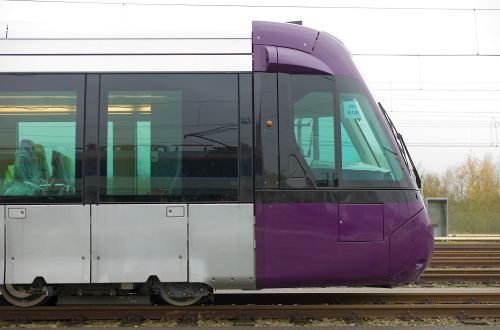 Tsai said the Executive Yuan and the Ministry of Transport and Communications (MOTC) will report on progress with the $NT 8.13bn ($US 261.4m) project every three months.

While the final allocation of funding has not been decided, Tsai said the line will be completed by 2022.

The 19km line will begin in Nangang in the east of Taipei and will serve nine stations, including four in Keelung, with tram-trains sharing Taiwan Railways Administration (TRA) tracks for part of the route.

Services will operate at 20-minute intervals off-peak with a journey time of 30-40 minutes between the terminus stations. The tram-trains will accommodate up to 400 passengers, operating at speeds of 70-100km/h.

A new interchange will be constructed at Taipei Nangang Exhibition Centre to facilitate transfers between tram-train services and the Taipei metro network.