THE first of 15 Warrior low-floor LRVs being built for the Danhai light rail network in New Taipei City was unveiled at the Taiwan Rolling Stock Company (TRSC) plant at Hukou on November 16. 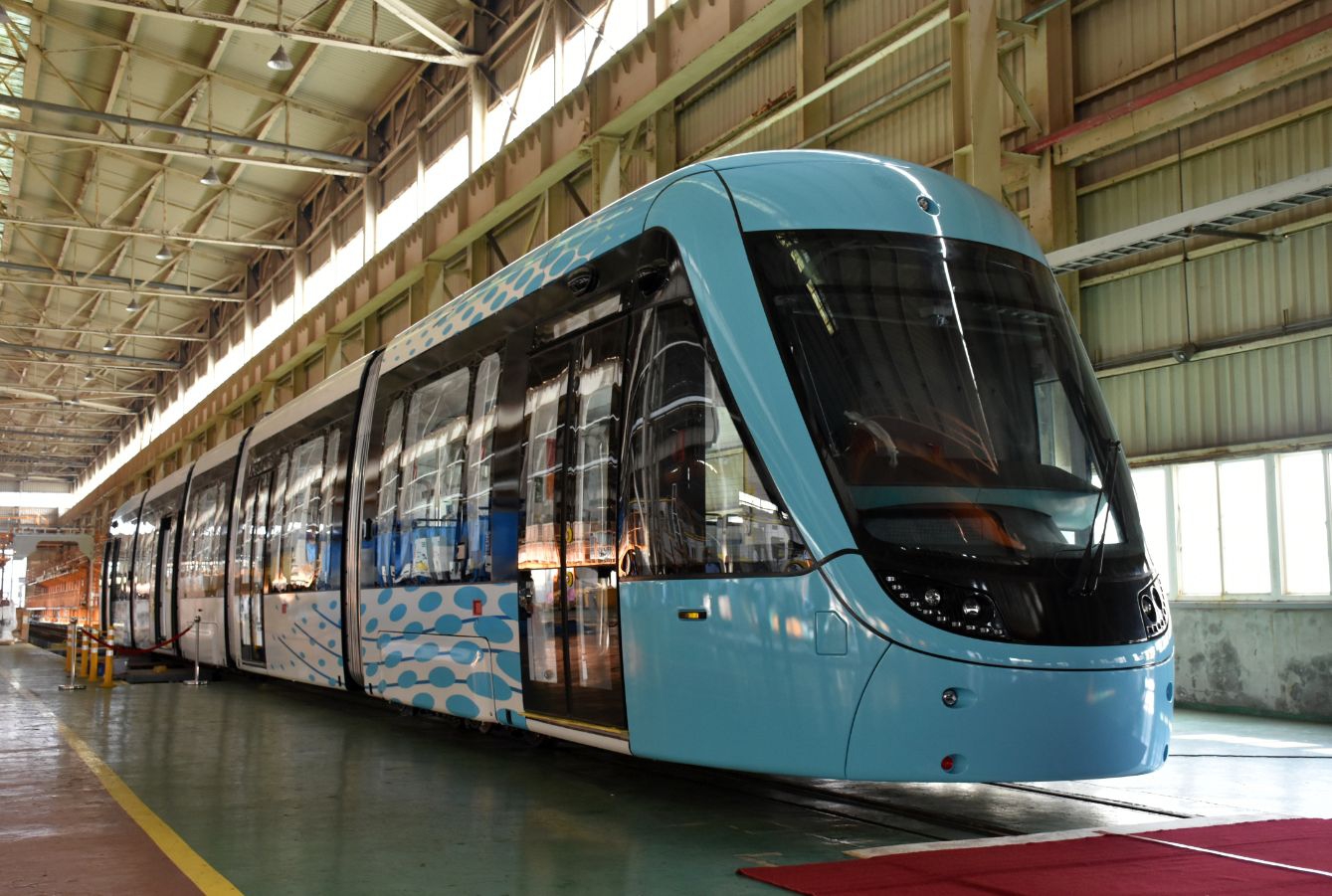 The 34.5m-long five-section bidirectional vehicle will accommodate up to 265 passengers and have a maximum speed of 70km/h. All 15 vehicles are due to be delivered by August 2017.

The LRVs were been developed for TRSC by Voith Engineering Services at its Competence Centre for Rail Vehicle Development in Chemnitz, Germany.

The initial phase of the network totals 9.6km and comprises the Green Mountain Line, which will link Hongshulin station, on the Taipei Metro Tamsui Line, to Danhai New Township with 11 stations, and a three-station branch to Danshui Fisherman's Wharf, which will be known as the Blue Ocean Line. Commercial services are due to begin in 2018.

A second phase totalling 4.4km is also expected to open by 2025, and the network will have capacity for around 120,000 passengers per day.