CONSTRUCTION of a new network of standard-gauge lines in Thailand moved a step closer on March 12, when the Chinese and Thai governments signed an agreement to jointly build and operate two lines linking the northeastern province of Nong Khai with Bangkok and Rayong on the east coast. 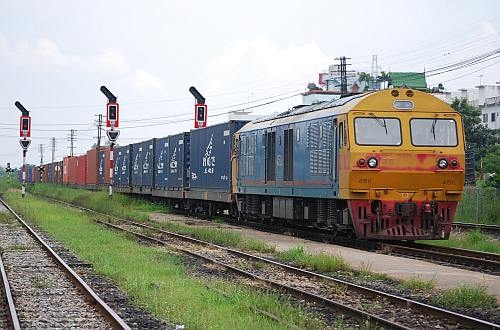 Under the deal signed in Bangkok by Thai transport minister Mr Prajin Juntong and deputy director of China's National Development and Reform Commission Mr Wang Xiaotao, Thailand will be responsible for land acquisition, civil engineering, and power supplies, while China will design and equip the line, supplying all track, signalling and rolling stock for the project.

The Baht 328bn ($US 10bn) project comprises a 734km line from Nong Khai to Map Ta Phut with a 133km branch from Kaeng Khoi to Bangkok. Both lines will be electrified and designed for operation at up to 180km/h.

China will operate the line for the first three years. The line will then be operated jointly by the two countries for a further three years before control passes to Thailand.

A further meeting will be held in Kunming in May to discuss financing for the project and the creation of a joint venture company to operate the line. According to local press reports, State Railway of Thailand (SRT) and Thai private investors will each hold a 30% stake in the company, with China holding the remaining 40%.