THE Cambodian government says it plans to complete the long-proposed reinstatement of its rail link with neighbouring Thailand, which has been out-of-use since the 1970s, by the end of this year. 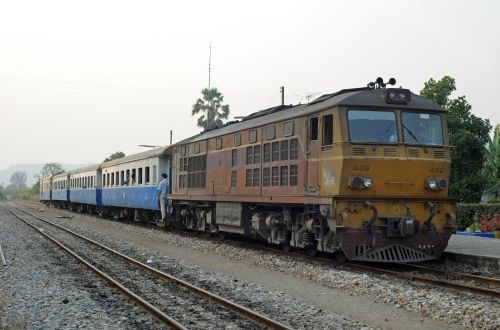 Cambodia's tourism minister Mr Thong Khon visited the alignment in Banteay Meanchey province on January 3 to view progress with the project. A further 6km of track will be required to link the current Cambodian railhead near Poipet with the frontier.

On the Thai side, State Railway of Thailand (SRT) has been working on the rehabilitation of the 6km section between Aranyaprathet station on the line from Sisophon and the border at Ban Khlong Luek for several years.

Services between the two countries were suspended in the 1970s due to the civil war in Cambodia. In recent years the lines from Phnom Penh to Siahnoukville and Sisophon have gradually been restored, although the network remains isolated from those of neighbouring countries.