STATE Railway of Thailand (SRT) launched its first new passenger vehicles for more than 20 years on August 29, when a rake of inter-city coaches supplied by CRRC Corporation, China, made an inaugural run from Bangkok Hua Lamphong to Nakhon Pathom. 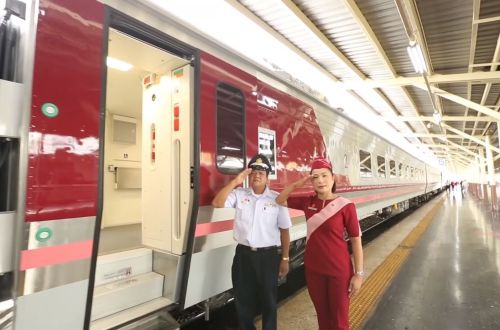 The vehicles are equipped with air-conditioning and retention toilets, while some of the sleeping vehicles are fitted with lifting platforms to improve access for passengers with disabilities.

The first batch of 39 vehicles was handed over to SRT on July 14 and trial runs began last month. The remaining coaches are due to be delivered by October, when the fleet will make its passenger debut on the Bangkok - Chiang Mai route.

The coaches will also be introduced on services from Bangkok to Ubon Ratchathani, Nong Khai, and Butterworth (Malaysia) next year.