THE THAI government has agreed to provide Baht 1.6bn ($US 50m) in financing to support the 7.8km extension of Laos' only railway to the country's capital Vientiane by 2014. 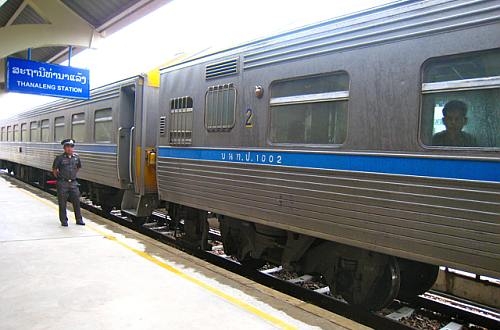 According to the Bangkok Post, around 30% of the funds will be aid, while the remainder will be a loan.

The initial phase of the metre-gauge link between Nong Khai, Thailand, and Tha Na Laeng in Laos via the First Friendship Bridge was inaugurated in March 2009. At the time, Thailand had pledged financial assistance to Laos to complete the line as far as Vientianne, but these plans were dropped in favour of building a Chinese-funded high-speed line from Kunming. However with the abandonment of the high-speed proposal, Laos has resurrected the plans for extending the metre-gauge line.