THE SECOND phase of the railway network in Tibet was inaugurated on August 15 with the opening of the 253km line linking the Tibetan capital Lhasa to the region's second city Xigaze. 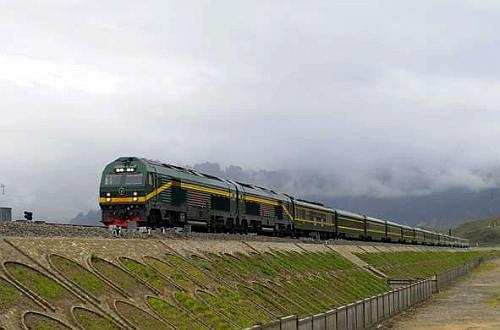 Construction started in September 2010 on the Yuan 13.3bn ($US 2.16bn) line, which has 13 stations and an 875m-long bridge across the Yarlun Zangbo river. The line does not encounter any permafrost zones, which caused significant difficulties in the construction of the Qinghai-Tibet Railway.

The new line is designed for 120km/h operation and reduces the journey time between the two cities from around four hours to about two hours. Commercial services between Lhasa and Xigaze are due to begin on August 16.

According to reports in the Chinese press the Chinese government is planning to begin construction soon on a line running east from Lhasa to Nyingchi close to the disputed Indian border region of Arunachal Pradesh, which China claims as part of Tibet. The project is due to be completed in 2020.