THE Chinese government announced on March 11 that the 253km extension of the Qinghai-Tibet Railway from the Tibetan capital Lhasa to the region's second city Xigaze will open in September. 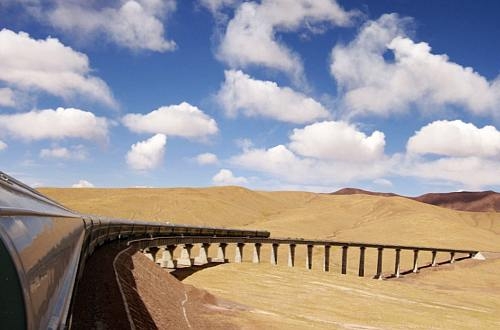 Construction started in September 2010 on the Yuan 13.3bn ($US 2.15bn) railway, which will have 13 stations and an 875m-long bridge across the Yarlun Zangbo river. According to local press reports, infrastructure works are nearly complete and commissioning is expected to take around two months.

The new line is designed for 120km/h operation and does not encounter any permafrost zones, which caused significant difficulties in the construction of the Qinghai-Tibet Railway.