KAWASAKI Heavy Industries confirmed on August 24 that it has been awarded a contract to supply eight 10-car 40000 series EMUs to the Seibu Railway for suburban services in the Tokyo area. 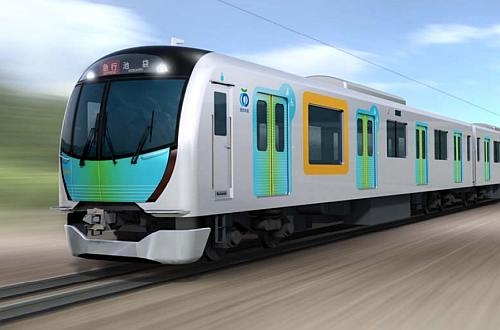 The trains will be assembled at Kawasaki's Hyogo plant near Kobe and the fleet will be delivered between 2016 and 2019 for use on the Seibu Ikebukuro, Seibu Shinjuku, and Seibu Haijima lines. Each aluminium alloy-bodied vehicle will be 20m-long and 2.8m wide.

Toshiba Corporation will supply 24 sets of traction equipment for the fleet, comprising totally-enclosed permanent magnet synchronous motors (PMSM) and 4-in-1 variable-voltage variable-frequency (VVVF) traction inverters. According to Toshiba, the PMSM provides rated energy efficiency of 97%, while the totally enclosed design eliminates the need for cleaning during its service life. The VVVF inverter system incorporates two inverter units with inverter circuits for each cooling unit.

Toshiba says the system reduces energy consumption by 30-50%, compared with its previous VVVF traction system, because the inverter system can drive up to eight PMSMs.

The trains will also be equipped with Sharp's Plasmacluster air purification system.