AFTER a 23-year hiatus, trains returned to Sri Lanka's northern railway on May 14, when minister for economic development Mr Basil Rajapaksa and the high commissioner of India in Colombo Mr Ashok Kantha inaugurated the initial 43km Madawachchi – Madhu Road section of the 106km Madawachchi – Talaimannar line. 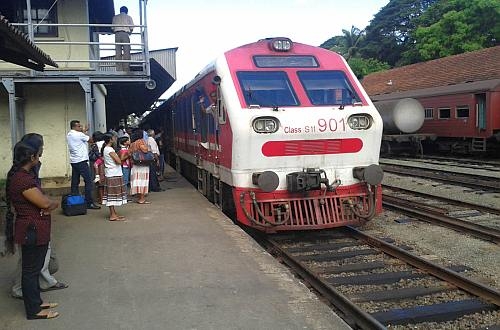 Services ceased completely in June 1990 due to the civil war, which ravaged the north of the island and resulted in extensive damage to the lines from Madawachchi to Talaimannar and Kankesanturai.

The reconstruction of both lines is being carried out by Ircon, India, and the project is being financed with the aid of a $US 800m loan from the Indian government, which has also been used to fund the acquisition of a fleet of six 120km/h dmus.

Full services are due to resume on the two lines by next March.