TRAIN services have been severely disrupted on the main Japanese island of Honshu by Typhoon Hagibis which struck on October 12 causing widespread flooding. 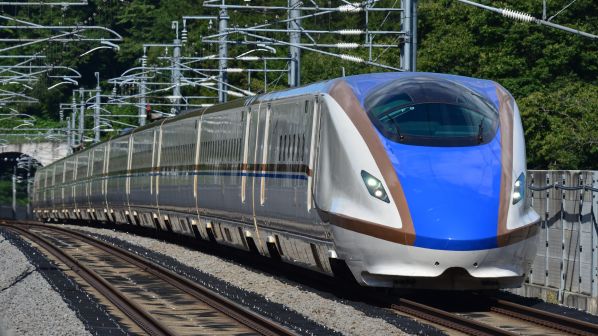 The Hokuriku Shinkansen has been badly disrupted by Typhoon Hagibis.

JR Central suspended Tokaido Shinkansen services between noon on October 12 and noon October 13. Tokyo Metro suspended its entire service on October 12, but was able to resume operations from early morning the following day.

JR East appears to have suffered the worst damage and disruption. The Hokuriku Shinkansen depot in Nagano was flooded when the nearby Chikuma River burst its banks, damaging 10 12-car high-speed trains along with depot machinery and equipment which will take several months to repair.

The 10 trains make up one-third of the Hokuriku Shinkansen fleet, which is operated jointly by JR East and JR West. As a result, the two railways are running roughly an hourly service between Tokyo and Nagano. In order to reach Kanazawa and the Hokuriku area, JR East is advising passenger to use JR Central’s Tokaido Shinkansen as far as Maibara and change to JR West's Shirasagi Express conventional service.

On JR East’s 1067mm-gauge network, services were suspended on 52 lines and partially suspended on a further 36 lines on October 13. By the end of today, there were only 26 lines where services remained suspended with just five lines suffering partial suspension.

“At the moment, we are working rapidly on restoration, but there are some lines which need a considerable number of days in order to be reopened,” says JR East.