THE distance by rail between central and western Uzbekistan was reduced significantly on December 1 with the official completion of the 355km direct line from Navoi north of Bukhara to Miskin near the border with Turkmenistan. 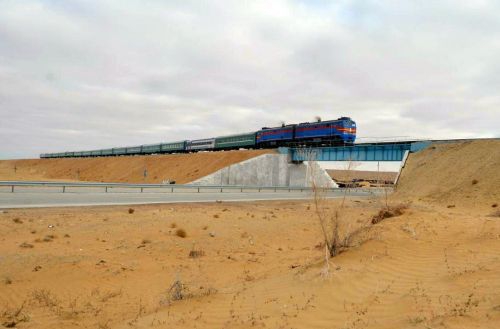 The five-station line is 75km shorter than the existing railway, which takes a circuitous route to the north via Uchkuduk.

Uzbekistan Railways (UTY) says construction began simultaneously at both ends of the line in December 2016.

In the first phase of operation the line will be used exclusively by freight trains and initially diesel traction will be used pending the completion of electrification.